There has been a lot of discussion about the lack of leather at the Folsom Street Fair, but as I look through my photos there are still plenty of men wearing leather.  Of course the street fair is about celebrating fetishes and kinks, no matter what they may be. It seems that the definition of what is kinky or a fetish has grown to include many more including sports gear, rubber and neoprene, furry costumes, cosplay and so on.  There were a number of drag queens walking the fair and they seemed to garner the most attention at times.  There were several that were amazing!  Kink.com drew large crowds to their performances of BDSM as did Mr S Leather.  The wrestlers were another favorite, as hot, sweaty guys grappled with each other and invited audience participation.  Wrestling singlets have become very popular as fetish wear, so it was often hard to tell who was into wrestling and who just liked the look.

The stage by the SF Eagle was dotted with flaggers or flow artists and was spectacular.  The movement and color was a great addition to the music and was fun to watch.  Below are a couple of photos by Some Men Photography that show some of the diversity of the fair.  To see more photos, here is a link to Some Men Photography gallery. 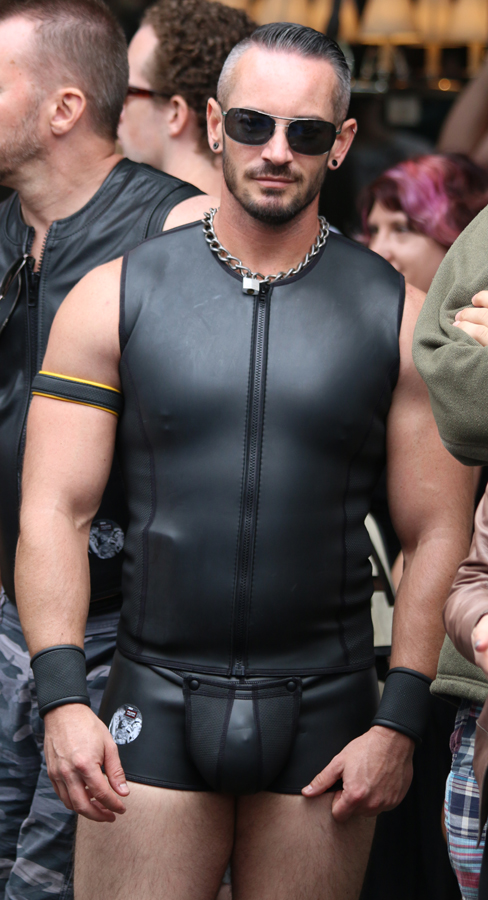